You may have done nothing wrong. But the prospect of an IRS audit makes everyone sweat.

Many things probably go through your mind as you’re preparing a tax return or looking at one that’s been completed for you. Did I declare all of my income? Are all of the deductions I claimed legitimate? Do I have the required background documentation in case I get audited?

Even if everything is in order, you may still be selected for additional scrutiny by the IRS. Some IRS audits are entirely random. You may be chosen as the result of computer screening or based on a statistical formula. Other triggers include: 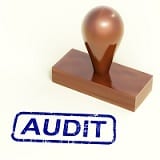 There’s no way to ensure that you’ll never be audited by the IRS. But some tax-related scenarios may make it more likely that you’ll get that official letter in the mail, like:

Your income is high. This is a good thing, right? Yes. But the more you make, the greater the likelihood of an audit. This is clear when you look at the most recent data available, as reported in the Internal Revenue Service Data Book 2014. 0.86 percent of all returns filed were “examined” in 2014, to use the IRS language.

You’re self-employed. Claiming a loss if you work for yourself can increase your chances of being audited. According to the IRS materials referenced above, only

Why? The Schedule C. The IRS knows that some self-employed people either don’t report all of their income or exaggerate their deductions – or both. Some may also blur the distinction between a business and a hobby, which the IRS can choose to scrutinize.

You’ve claimed excessive deductions. Two areas where this sometimes occurs are charitable deductions and medical expenses. You must have pristine records to claim either. So if you have a year when you’ve been especially generous or especially unhealthy, take special care to assemble and store all of your documentation, just in case.

There are other deductions that may raise an eyebrow at the IRS if their dollar amounts seem higher than they should. Do take any deductions that you’re entitled to, but know that the IRS might want to look at your return more closely.

You forgot to report some of your taxable income. If you’ve received forms from institutions reporting on the income they supplied to you, the IRS was also notified. Go through your paper mail more carefully than usual in January and February; some will probably say something like Important Tax Information Enclosed. Start a folder for the forms that come in and keep it in a safe place. 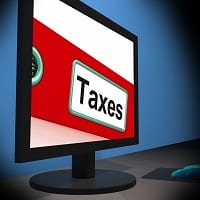 If you’re using an accounting application, it will be easier to run reports and compare your data to the forms you’ve received. If you’re not, and you have multiple income streams, we’d be happy to help you explore all of the areas where you might have received money. (We can also look for deductions you might have missed and handle all of your tax preparation.)

You neglected to report (and pay) the penalty on early distributions from retirement accounts. There are situations where the IRS will grant an exception to a withdrawal from a 401(k) or IRA before age 59-1/2. If you don’t qualify for one, the 10 percent penalty is mandatory.

It’s much easier to do everything you can to avoid an audit than to have to go through the stress-inducing process. Let us know if you want our assistance when it’s time to start preparing.

Will You Claim Dependents on Your 2022 Tax Return?

How to Protect Yourself from Tax Identity Theft

Starting a Side Gig in 2022? Your New Tax Obligations

How To Deal With a Past-Due Tax Return

Note: Extensions for limited liability company returns which are classified as sole proprietorship are due October 16, 2023 and partnerships are due on September 15, 2023