All About the Earned Income Tax Credit

All About the Earned Income Tax Credit

Individuals who are working and who have low-to-moderate taxable income may qualify for this income tax credit.

When you think about ways to offset your income as you’re preparing for income tax time, do you primarily consider the deductions you can take? Things like home mortgage interest, charitable donations, and taxes you paid that can be claimed?

Allowable credits can also work in your favor. If you meet the Internal Revenue Service’s seven criteria, you may be eligible for the Earned Income Tax Credit (sometimes called Earned Income Credit, or EIC).

Note: As you read the rules that the IRS has established, keep in mind that, as with many of the agency’s regulations, there can be exceptions. We can help you determine whether you are a candidate for this credit.

If you can answer “Yes” to these seven questions, you may be able to fill in and file a Schedule EIC: 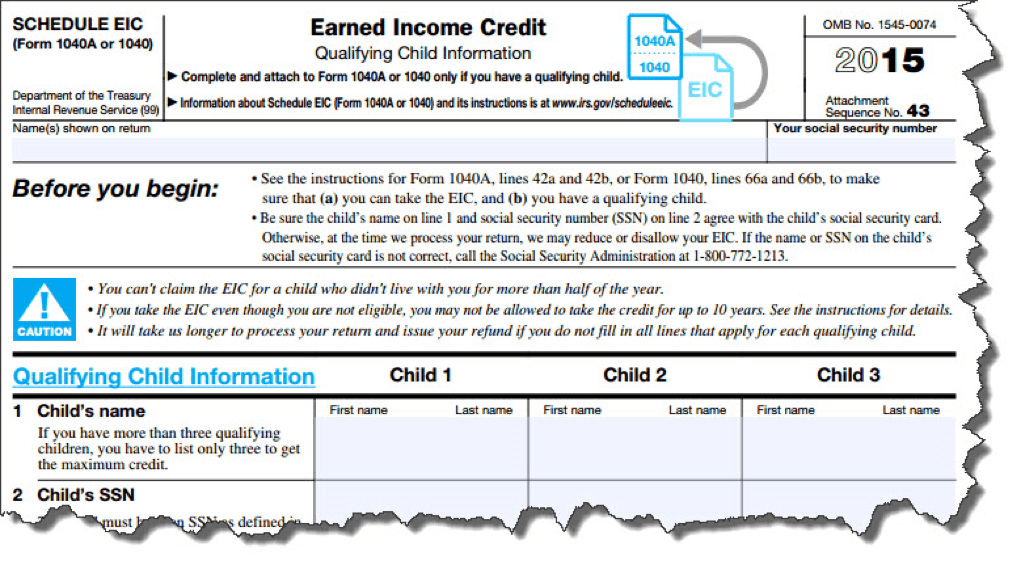 If you qualify for the Earned Income Credit, you’ll need to complete a Schedule EIC, which can be filed with either the Form 1040 or 1040A.

2. Do you have a valid Social Security number?

If you are filing jointly, both you and your spouse are required to have valid Social Security numbers issued by the Social Security Administration (SSA) by the date your tax return is due (including extensions). Any qualifying child claimed must also have one.

3. Is your status “married filing jointly” or “head of household”?

Couples whose filing status is “married filing separately” cannot claim the EIC. An exception here: A couple is married, but one spouse did not reside in the home at any time during the second half of the year. The spouse who remained might qualify for the EIC if his or her filing status is “head of household.”

4. Were you or your spouse a U.S. citizen or resident alien for the entire tax year?

This is complicated. If one of you was a U.S. citizen or resident alien but the other was a nonresident alien for any part of the year, you may qualify for the EIC if your status is “married filing jointly.” If that’s the case, you will be taxed on your “…joint worldwide income.”

5. Was your income earned only in the United States and/or a U.S. possession?

Simple enough. For the Form 1040, this includes:

7. Do you have earned income?

This means wages, salaries, tips, other taxable employee pay, and net earnings from self-employment. But you may be in another situation that would make you eligible for the EIC. For example, nontaxable combat pay, ministers’ housing, and strike benefits provided by a union are considered earned income.

Only Part of the Equation

If you believe that you’re able to claim the Earned Income Credit, or if there are other tax-related topics that you don’t fully understand, we’ll be happy to look at your entire financial scenario. If you’ve filed an extension for 2015, we can work with you to make sure you’re taking all of the deductions and credits that you’ve earned.

As always, tax planning should be a year-round process. Let us know if we can help you start preparing now for next year’s filing.

Will You Claim Dependents on Your 2022 Tax Return?

How to Protect Yourself from Tax Identity Theft

Starting a Side Gig in 2022? Your New Tax Obligations

How To Deal With a Past-Due Tax Return

Note: Extensions for limited liability company returns which are classified as sole proprietorship are due October 16, 2023 and partnerships are due on September 15, 2023